Two games were played on the first day as part of a round-robin draw. The first game for the development ide was up against St.Francis. The boys batted exceedingly well, scoring a grand total of 198/0. The then went onto bowl out St Francis for 38 to start of the tournament with a resounding win.

The second game for the Development side was played against Chisnallwood. The boys bowling and fielding were exceptional, with a number od wickets coming from catches. They crushed their opponents, bowling them all out for 42. The runs were chased down in short order, scoring the required 43 for the win within three overs.

The boys A team were also on a winning run beating both their opponents. The second game came down to the last over. Where our boys needed to stop them from scoring nine runs. They manged to break the opposition by bowling them all out. A real nail bitter!

Unfortunately, the second day was rained off. Both the boy’s teams were looking good to take out the tournament! 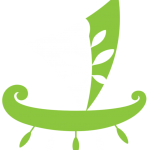